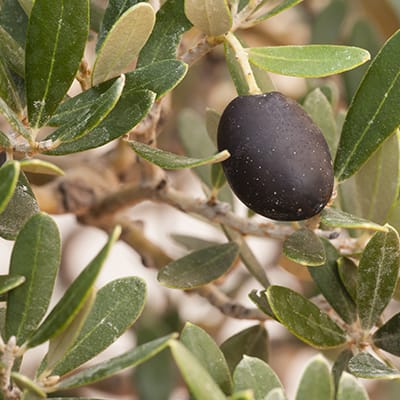 What is olive extract?

This olive extract is packed with heart-healthy polyphenols, providing the polyphenol equivalent of just over 4 tablespoons of extra virgin olive oil. 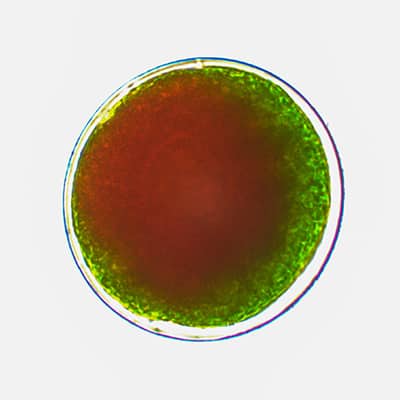 What are the health benefits of astaxanthin?

We created this omega-3 formula with a novel technology that purifies the fish oil with a highly advanced distillation process that reduces environmental pollutants. The result is a fish oil so pure, it actually exceeds standards set by international rating agencies.

Many ill effects of aging are caused by low-grade, chronic inflammation.

Inflammation is partially regulated through the eicosanoid pathway.

Age, poor diet, and other factors tip the balance of this pathway from anti-inflammatory to pro-inflammatory.

WHAT YOU NEED TO KNOW

What is the Eicosanoid Pathway?

The eicosanoid pathway is a signaling pattern that regulates inflammation when needed.

The eicosanoid pathway helps turn on inflammation when it’s needed and turn it off once it has done its job. This is accomplished through signaling molecules called eicosanoids.

The ratio of omega-6 to omega-3 is a major factor in determining whether the eicosanoid pathway will produce predominantly pro-inflammatory or anti-inflammatory signals.

Inflammation-driven disease takes us down the road to premature disability and death. Reversing that inflammation with EPA- and DHA-rich fish oil represents a means of slowing certain aging processes.

In the next sections, we’ll review the evidence showing how fish oil supplements can have a beneficial impact on inflammatory-related conditions. 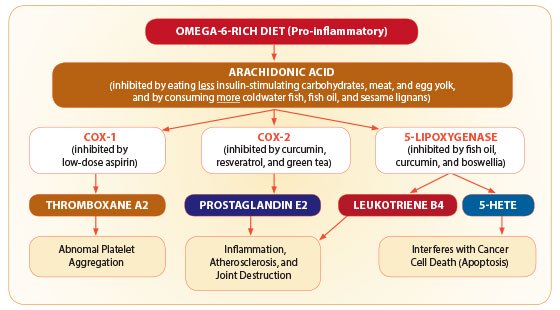 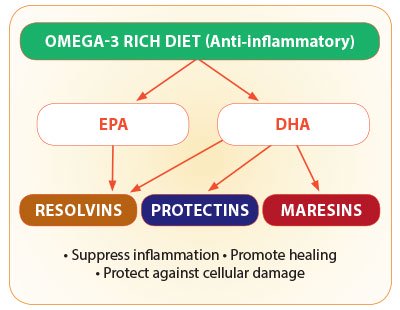 Inflammatory changes contribute to every point in the cascade of events that lead to cardiovascular catastrophe.

This includes promoting the development of atherosclerotic plaques and platelet clumping in arteries, as well as disrupting the electrical network of the heart itself.

Human studies show that populations that consume large amounts of oily fish have reduced incidence of and deaths from cardiovascular disorders. This is due in part to fish oil’s ability to help lower triglycerides and reduce evidence of atherosclerosis.10,11 Omega-3 fish oil supplements have also been shown to improve endothelial function and stabilize arterial plaques (making them less likely to rupture and obstruct an artery).10

There has long been interest in the ability of omega-3 supplementation to reduce the risk of atrial fibrillation, which is a cardiac rhythm disturbance that affects up to a third of people with hypertension.13 Atrial fibrillation can increase the risk of strokes and death, and is associated with inflammatory changes in the heart’s electrical system.13

Alzheimer’s disease is the most prevalent neurodegenerative disorder. Inflammation plays a major role in its development.14

Omega-3s from fish oil are involved in both the reduction and resolution of inflammation through their impacts on the eicosanoid pathway—making them promising for the prevention of this debilitating disease.

Growing evidence indicates that, while DHA and EPA work together, they also have distinct individual influences on brain health.14 For example, EPA has been shown to improve symptoms of mood disorders (depression, anxiety), while DHA has a role in maintaining normal brain structures.14 Omega-3s cross the normally impermeable blood-brain barrier, making them available directly to brain cells.15

Studies of blood cells from Alzheimer’s disease patients show that supplementing with DHA and EPA for six months causes significant alterations in 19 genes involved in inflammation, neurodegeneration, and resolution of inflammation. This suggests that these beneficial fatty acids are regulating gene expression, which is a powerful epigenetic effect.16

Many of those changes result in increased production of three signaling molecules derived from omega-3s: resolvins, protectins, and maresins.17 As we learned earlier, these compounds have the dual benefit of resolving inflammation while also helping repair damaged tissue.

One way these omega-3-derived signaling factors afford protections is by increasing white blood cells’ appetite for consuming beta-amyloid, the toxic protein found in the brains of those with neurodegenerative diseases, while also reducing inflammation in the brain.8

Levels of these signaling molecules are reduced in people with Alzheimer’s disease and in those with minimal cognitive impairment (which commonly precedes Alzheimer’s).8,17,18

Omega-3 supplementation has been shown to beneficially support levels of these specialized molecules.17

One study showed that cognitive function in supplemented Alzheimer’s patients was closely associated with higher levels of resolvins, protectins, and maresins. Another showed benefit only in those with mild cognitive impairment, a grim reminder that early intervention is critical.8

An encouraging study in 2016 showed that supplementing with fish oil directly impacts brain size and structure in people with mild cognitive impairment.19 While placebo recipients in this study had decreased volume of gray matter in brain areas associated with Alzheimer’s disease, those taking the fish oil supplement (combined with aerobic exercise and cognitive stimulation) had unchanged, and in some cases increased volume of gray matter, the region of the brain involved in everything from memory and speech to emotions and decision-making.19

Those findings help explain results of an earlier study, in which Alzheimer’s patients who supplemented with omega-3 had less decline in activities of daily living compared with placebo recipients. And when lipoic acid was added to the supplement, subjects showed even less decline in cognitive function.20 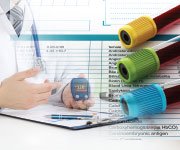 The optimum ratio of omega-6 to omega-3 fats in the diet is roughly 4 to 1, though some proponents claim the ratio should be two omega-6s for each one omega-3. Shockingly, those who follow unhealthy modern Western diets often consume these fats in ratios as high as 25 (omega-6) to only 1 (omega-3).2,41

Type II diabetes is a ballooning epidemic that follows directly in the path of obesity and inflammation-driven insulin resistance. Fish oil’s ability to combat inflammation naturally protects against diabetes and its effects.

Human studies have also demonstrated the benefits of omega-3s in diabetic patients. In one study, 30 obese type II diabetics took omega-3 supplements while following a protein-enriched diet with low glycemic-index carbohydrates. After 24 weeks, their hemoglobin A1c levels (a marker of chronic blood sugar elevation) diminished 11.1%, their waist circumference was reduced by 1.3 inches, and they experienced a significant reduction in C-reactive protein (CRP), the blood marker of inflammation.22

Fish oil/omega-3 supplements also protect us against the inflammation-related effects of diabetes.

Another major effect of diabetes is an increase in cardiovascular disease. There’s now strong evidence that diets high in omega-3 fish oil can reduce this deadly risk in diabetics by reducing artery-clogging platelet clumping and dangerous lipid elevations.25 Studies also show that diabetics who consume higher amounts of fish oil/omega-3s have lower blood pressure and are up to 19% less likely to die from cardiovascular disease.25,26

Osteoporosis arises from an imbalance between the production of new bone and breakdown of older bone tissue.

The eicosanoid pathway can generate pro-inflammatory molecules created from certain omega-6 fatty acids, leading to inflammatory signals that can contribute to osteoporosis by promoting the activity of cells that break down bone (osteoclasts), while suppressing activity of those that produce new bone (osteoblasts).27-30

Omega-3 supplementation can help counteract this harmful effect, shifting the balance back towards healthier bones. This has been seen in animal studies, which have repeatedly shown that omega-3 supplementation reduces inflammation and protects against bone loss by reducing activity of osteoclasts. This tips the balance toward new bone formation by osteoblasts, and helps to prevent bone fractures.27,31-33 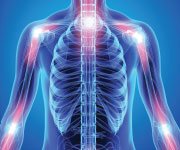 Osteoarthritis is the most common cause of joint pain and disability in aging adults.35 The condition involves destruction of joint cartilage and remodeling of the bone just below cartilage—both of which are driven by chronic inflammation.36

Not surprisingly then, adults with higher omega-6 to omega-3 ratios have greater pain, functional limitations, and psycho-social distress compared to those with lower ratios.37

Studies in dogs, which notoriously suffer from osteoarthritis, show that fish oil omega-3 supplementation significantly improves weight-bearing ability and lowers the need for other anti-inflammatory drugs.38,39

We can help control our eicosanoid pathway functions by supplementing with omega-3 fish oil.

The EPA and DHA found in fish oil shifts the eicosanoid pathway into producing anti-inflammatory signals that reduce inflammation. These omega-3s have also been shown to promote the production of recently discovered resolvins, protectins, and maresins, compounds that have the dual benefit of resolving inflammation while also helping repair damaged tissue.

Human and laboratory studies point to an important role of fish oil supplementation in preventing many inflammation-driven, age-associated disorders, including diabetes, cardiovascular disease, neurodegeneration, and even bone and joint disorders.

If you have any questions on the scientific content of this article, please call a Life Extension® Wellness Specialist at 1-866-864-3027.

Previous - Next
Can't Find The Supplement You Want?
Click Here to Send us a Message. We'll Add it to Our Site.
Save 10% on Recurring Orders
Click here to send us your order
Shop by Category